SouthBridge Consulting has been serving the Texas area since 2015, providing IT Support such as technical helpdesk support, computer support, and consulting to small and medium-sized businesses.
Categories
Tags

Careful! There’s an Infected Version of WhatsApp Out There YoWhatsApp is an unofficial version of WhatsApp that users can download and install on their smartphones. The developers claim it offers the ability for users to lock chats, send messages to unsaved numbers, and customize the look and feel of the application with various theme options. There are other unofficial WhatsApp versions out there with similar enhancements.

This sort of thing isn’t new. Ever since the early days of instant messaging software, developers have been building “enhanced” versions of popular messaging applications. Back in the early 2000s when AOL Instant Messenger was popular, there were several unofficial versions that offered additional features that removed ads, allowed more anonymity, and offered more features than the source material. However, using these third-party versions often came with some risk—sometimes they contained malware or made your account less secure.

This definitely appears to be the case with YoWhatsApp.

What Are the Risks of Using an Unofficial Version of WhatsApp?

According to a recent Kaspersky Report, YoWhatsApp distributes Android malware known as the Triada Trojan. The same was discovered last year with FMWhatsApp, another modified unofficial version of the application.

Triada gains control over your SMS messages, and can enroll its victims in paid subscriptions without their knowledge and impersonate them, sending spam and malicious content to others from their phone number.

This, in turn, can then affect users who actually use the official versions of WhatsApp.

While, as far as we know, WhatsApp is generally a safe application to use, the various third-party versions are not.

Understand What You Install

The concept of third-party developers creating unofficial “enhanced” versions of popular software isn’t anything new. It isn’t always a risk either, but you need to consider that unofficial versions aren’t usually as supported or secure as the official ones. If someone made a variation of Microsoft Outlook that offered some new features that the original didn’t have, and then Microsoft found and patched some vulnerabilities in their original version of Microsoft Outlook, it would be up to the third-party developer to also patch and update their version. You can’t really rely on that. You also need to consider that cybercriminals will go to great lengths to extort money from a wide set of users, and that includes building a “better” version of a popular app and paying to run ads to get users to download it and install their ransomware.

Whenever you install anything on your PC or smartphone, be sure to check to see if you are getting it from the official developer. If you aren’t sure, take some time to do a Google search, or reach out to SouthBridge Consulting LLC to have us help you. It’s better to be safe than sorry.

When you subscribe to the blog, we will send you an e-mail when there are new updates on the site so you wouldn't miss them.

I'm a highly experienced IT professional with extensive experience in implementing and managing IT infrastructure. I founded SouthBridge Consulting LLC in 2012 and continue to see my company answer the needs of my clients and their referrals. I believe in supporting small and medium sized businesses with the same level of support that is normally reserved for large enterprise level companies. I feel that understanding the business operational and cultural requirements is a must to be successful in implementing the right technical solution. I enjoy refining IT workflow processes and streamlining operations within both SouthBridge Consulting and Texas Citizens Bank. Before starting my own business, I developed my professional abilities through the United States Army and working for companies ranging from leisure retail, software engineering, to financial services. It's this foundational experience that helped me get to where I am today. I firmly believe IT consulting should be all about quality service delivery to the business owner and their staff.

More posts from author
Monday, 28 November 2022 What Search Engine is Truly the Best, Part 1
Friday, 25 November 2022 Explaining the Metaverse
Wednesday, 23 November 2022 The Pros and Cons of a Digital Dollar

No comments made yet. Be the first to submit a comment 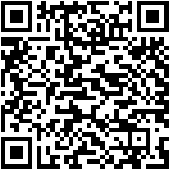