SouthBridge Consulting has been serving the Texas area since 2015, providing IT Support such as technical helpdesk support, computer support, and consulting to small and medium-sized businesses.
Categories
Tags

An AI-Generated Piece of Art Has Created Quite the Controversy It is a legitimate question whether something is actually art if it isn’t created by a human being. That’s before you are exposed to it, however. In fact, an AI created a piece of art that was crowned the winner at the Colorado State Fair. Let’s take a look at AI art in the context of this competition.

At the Colorado State Fair, there is a fine arts competition where Josh Allen won the first place prize in Digital Arts/Digitally Manipulated Photography for his image, “Théåtre D'opéra Spatial.” When Allen provided a glimpse into his process via Discord, however, he was met with scrutiny. He used an image synthesis model called Midjourney to create the image.

As Allen said in his Discord post, he “...created 100s of images using it, and after many weeks of fine tuning and curating my gens, I chose my top 3 and had them printed on canvas after upscaling with Gigapixel A.I.” As he reports, he “could not be more excited” that his “favorite piece” ultimately won.

The rest of the community was a bit more critical of Allen’s choice. The image was produced with little actual hands-on work from Allen. Instead, it was built using the input that he plugged into the Midjourney platform. Allen wrote in his official submission, “I generate images with MJ, do passes with Photoshop, and upscale with GigaPixel,” and even labeled his piece with “Jason Allen via Midjourney.”

As you might not be surprised to hear, people have opinions on this topic, and many of these opinions cannot in good conscience be shared here. Still, there are many who believe that AI-generated art signifies the “death of artistry” and wonder “if creative jobs aren’t safe from machines, then even high-skilled jobs are in danger of becoming obsolete [sic] What will we have then?”

We understand why this has people concerned, but the fact remains that the tools we use today are simply taken for granted. An artist named Rhea Edge listed tools, techniques, and artists that use them, as well as when the tools were introduced, then shows that these tools also were not received well at the time.

In particular, Edge discusses the development of the camera obscura, a darkened room with a small hole in one side that allowed images to be projected onto a wall. This photography went on to inspire innovations in the art that are seen in modern day photography at large. Tubed paint was also a problematic topic due to artists not mixing their own paints. Artists were criticized right up until the 1970s and 1980s for these practices.

Edge also points out that art tends to change over time, highlighting how long it took the Impressionist painting style to really become an established style in the art world.

One other artist named Brian Simpson examines technology’s role in the development of art. He indicates that miniature portraits were essentially cut out entirely by the advent of photography. Simpson is also an advocate for Allen’s AI-produced artwork.

“There is a mind behind it. The mind is deciding I want this image. And with this image, this is the word I want to use,” Simpson said, going on to reflect on how Allen produced 40 images, ultimately choosing the ones he submitted.

“You can argue that choice and self-curation is part of the art process,” said Simpson.

This statement makes it clear that the current state of image creation and artwork still involves much human interaction, especially to achieve outstanding results like with Allen’s piece. How long this remains the case, however, is yet to be determined.

What are your thoughts on AI-generated artwork? Do you have any strong opinions on this topic? Be sure to share them in the comments below—and remember that AI is very well-established in the business world, so consider implementing it for your own company’s needs!

When you subscribe to the blog, we will send you an e-mail when there are new updates on the site so you wouldn't miss them.

What the Heck is Patch Tuesday, Anyways?
The CHIPS Act Looks to Help Push Technology Forwar...

I'm a highly experienced IT professional with extensive experience in implementing and managing IT infrastructure. I founded SouthBridge Consulting LLC in 2012 and continue to see my company answer the needs of my clients and their referrals. I believe in supporting small and medium sized businesses with the same level of support that is normally reserved for large enterprise level companies. I feel that understanding the business operational and cultural requirements is a must to be successful in implementing the right technical solution. I enjoy refining IT workflow processes and streamlining operations within both SouthBridge Consulting and Texas Citizens Bank. Before starting my own business, I developed my professional abilities through the United States Army and working for companies ranging from leisure retail, software engineering, to financial services. It's this foundational experience that helped me get to where I am today. I firmly believe IT consulting should be all about quality service delivery to the business owner and their staff.

More posts from author
Monday, 28 November 2022 What Search Engine is Truly the Best, Part 1
Friday, 25 November 2022 Explaining the Metaverse
Wednesday, 23 November 2022 The Pros and Cons of a Digital Dollar

No comments made yet. Be the first to submit a comment 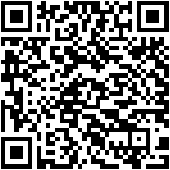